In my last article Tools to Enable Workflow I discussed the power of OmniFocus to manage your day to day workflow. I outlined how it could help you manage anything from the single task to that of multiple tasks that combined make up a project. As powerful as this software is, it lacks one thing that is sometimes important for any of us occasionally and that is a nag. Although you can set OmniFocus to remind you when something is coming due it won’t nag you that its due. Rather, via notification centre on your OSX machine or a popup on you IOS device a reminder will skirt buy saying that something has now reached its due time. In fact, OmniFocus doesn’t even really force you into the modality of something has a due time unless it really does have a specific due time.

However, there are things that we definitely have to be reminded of via alarm bells and notifications that something is due. In fact, sometimes we need something that will keep reminding us over and over its due until we either do it or we defer it. DUE is just such a product.

Due is not only a great product in and of itself. It works on all your Apple devices. Further, it will sync between all the devices. No matter where you are you’ll be reminded it’s due. You could be sitting at your iMac, iPhone strapped to your hip and iPad just to the side and suddenly find yourself surrounded by sound telling you its time to get something done. The beauty of DUE is its multi-platform operation. A reminder is almost impossible to miss with Due as you’re like to either have some device close at hand. So if you’re cooking something, you can easily set a count-down timer to remind you that what you’re cooking is done. Or a repeating timer to tell you that it’s time to take your medication.

If you don’t do something when the reminder goes off, it will come back and remind you again at the length of time you set it to be reminded over and over until you tell DUE it’s done. Yes, you can always defer something rapidly, at the touch of a button, for a few minutes or an hour or if it’s a repeating reminder to the next point in time its supposed to repeat but you will not be able to use the excuse you weren’t reminded.

A Gem of a Program

DUE is one of those easy to use programs I can’t speak highly enough about. Used in conjunction with but not instead of OmniFocus it can certainly enhance your productivity and keep you on track. Every so often we do need strong reminders that something needs to be done. If there’s an action in OmniFocus that you know you really have to do when the time arrives and a gentle reminder might not be enough, definitely use DUE to set a backup reminder. In fact, I might have set in my calendar that I need to be reminded to attend a meeting on such a date and at such a time with reminder to alert me the day before and the hour before. However, I’ll often go the extra step and set a DUE reminder to order a cab at a certain time to make sure I get there if I have to travel to a meeting.

There are a ton of large and small applications for this versatile reminders app. You can quickly schedule a one time reminder that you check off once its done, a countdown timer for such things as cooking and repeating reminders that will alert you regularly of anything from your medications to take, bills to pay through to collecting your tenants rent.

A Task Master, Not a Task Manager 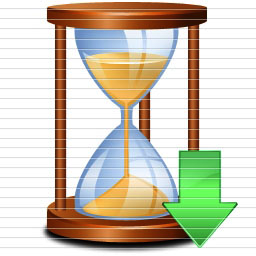 Consider DUE more as your task master but not as your task manager. Leave the brunt work of task management to those programs designed to do that job. See DUE more as your handy little helper, always on guard to alert you to the fact and more so nag you if that need be the case that something needs taking care of it. At the end of the day you’ll sleep easier knowing that today you took care of business and tomorrow you’ll be reminded with more of the same. 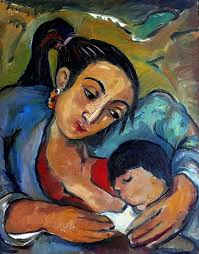 Byword 2 Premium is a Must Have Upgrade

A Little thing that Proves the Worth of...