Home IOS When it doesn’t Add Up
IOSOSXTechnology

When it doesn’t Add Up

Sometimes things just don’t add up. No matter how hard you try, they just don’t add up. We so frequently have to do simple calculations to that of more complex calculations. Fortunately, our Apple devices either come with a calculator or it’s easy enough to obtain one. There’s tons to choose from if you’re not happy with that which is supplied.

On our Macs we have both a simple calculator application or a widget which again is a simple calculator. In the case of just adding 2 + 2 they tend to do the job. However, generally when we add something up or calculate something it’s a little more than just a 2 + 2. It might involve adding 13% for the sales tax to come to a total. Generally though we’re blessed with a memory function wherein we can store our first function and then multiply it by our second function. Once again, that memory storage button comes in handy as we just add the second result to that of the first and there we have our total.

Yet, sometimes we don’t have our total as we’ve maybe made a data entry error. There’s no way of telling though as our simple calculators are just that. Simple. There’s no record of our calculations. Did we make an error or not. And if so, where. And how do we know. Well when we’re say buying something and the system we’re buying from says that we owe something quite different from what we calculated; yes, sometimes things don’t add up.

There is though Great Yet Simple Solutions

Often this problem can be resolved simply by getting the right tool. That doesn’t entail buying a super computer but rather just getting a tool that’s more comprehensive than the simple calculator that leaves no trail of what we’ve done yet not really any more complex than our simple calculators. By doing this things then might add up and if they don’t we can see the errors in our ways.

Faced with this problem I immediately embarked on finding a tool from the app store for primarily my IOS devices that would do a better job yet not throw at me the kitchen sink. Math was never my strong point. Initially I found a more comprehensive yet straight forward calculator that seemed to fill the bill in its familiarity yet simplicity.

For a while this seemed to work until things just didn’t add up and once again I realized I had nothing that left any trail of what I did. So it was back to the app store and this time I decided to spend a bit of time and really do a thorough investigation.

Two Powerful Yet Simple Calculator Apps Where Things Add Up

I found what I think are two great calculator apps that, at least for me, do the trick. There are a ton of calculator apps to choose from but the problem I found when I was looking at the variety is that some were overkill and complicated or a good many were just fancy versions of my simple calculator wherein things just sometimes would not add up.

For IOS I came up with I think a very good, powerful yet simple and yes cool calculator app. Check out powerOne in both the light and the pro versions. I got them both. I put the lite version on my home screen and the pro version on my secondary screen. The light version will do 90% of what I need whereas the pro version just takes it a few miles farther. The reason I like the light version though on my home screen is it is just putting less but critical stuff in front of me.

They both provide multiple functions in easy to understand English and you know exactly what each does. Starting with the calculator, what’s great about this is it provides a tape like aspect to itself or a history function of what you’re calculating. If you do make a mistake, you can see it immediately. You don’t have to start from scratch but just from the last good calculation and proceed on. Now things add up.

As another example of the utility of the program, there’s another calculator called the Tip calculator. All this calculator does is it calculates the amount of tip that should be left on a meal based on the percent you want to leave and then divides that amount by the number of people at dinner. Perfect. It is so simple to use but so handy and it adds up.

There are many more calculators in powerOne but I won’t go into them all. Especially in the Pro version it’s loaded with various calculators none of which is intimidating. You don’t have to be a math wiz to use any of these. I feel for myself that this one was a realy lucky find.

For the Mac I found it more challenging to come with something as good as powerOne for IOS. I did come up with something though that I find really unique, simple to use yet extremely useful. It’s called Numi. It’s a menu bar calculator which is a big plus in and of itself as it’s available anywhere.

This application is one of the most different calculator applications I’ve seen and the most unique but I love it. It’s not as sophiticated as powerOne nor does it provide the functionality of powerOne but it provides context and that’s so important. You can see where you’ve made an error.

My view is these might not be the calculators for you or your specific needs but they’re good. When things don’t add up with the simple calculators which don’t provide context, it’s not worth struggling with them. Find something that works for you. I would suggest trying these calculators out that I found. It might be just what the doctor ordered maintaining your all important sanity. 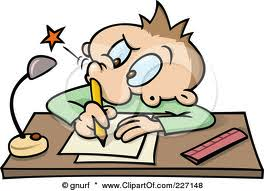 When All Backup Systems Fail but One