Home IOS The Mac as a Full Windows Machine: Getting Started
IOSMarkdownMavericksMicrosoftOSXTechnologyWindows

The Mac as a Full Windows Machine: Getting Started 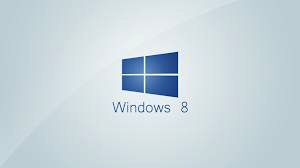 Interest has been expressed of late in running a Mac as a full Windows machine or client. I’m not talking about running Windows on a Mac simply to run the odd application that can’t be run on the Mac or might not be as good on the Mac as that on Windows. Although I will address this case for people migrating to the Mac from Windows and still need to run a Windows application, the real purpose of this article is to demonstrate how one can enable the Mac as a full Windows machine with all the added benefits the Mac brings to the table.

With today’s Mac there is no reason to not consider this. I’ll address all of this, not specifically in this article but over the course of more than one article to outline the benefits from both a cost, performance and effectiveness perspective. Bear in mind as we progress Windows machines can run Windows and some Mac applications but they cannot run the Mac. The Mac can run Windows full bore side by side with Mac applications with complete parity to any dedicated Windows only machine. In fact, I’ll go so far as to say that with today’s Mac and it’s advanced hardware architecture it can outperform comparable Windows machines and there are configurations available for the Mac that simply have not reached the PC shores.

The intent of these articles is meant to build on the notion then that the Mac can be a full fledged Windows machine with many added benefits. I will eventually address the Mac running in a full Exchange or Office 365 environment. For the purposes of this article, I’d like to start at the very beginning. I’d like to start with simply running Windows on a Mac and the best way to do that. Although there is lots written on this it’s important to start at the beginning. However, if I cut this too short I would encourage you to do further reading on the subject.

Suffice it to say, there is no point in my talking about running the Mac in a collaborative office as an equal Windows partner based say on Office 365 without first addressing the basics.

Use a Virtual Machine 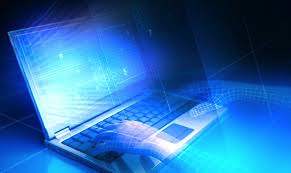 The Mac can actually be configured to run purely as a Windows machine. Called Boot Camp, the Mac can be configured to dual boot. In one boot mode, you boot into Windows and run as if you were running solely on a Windows machine. This in itself has benefits in the quality of the product you‘re using and its resale value. As a Boot Camp enabled machine, you can also boot into the Mac environment.

Don’t do this. In days gone by, one of the key reasons to do this was for gaming as gamers need to get the maximum benefit out of the hardware. Rather than running your Mac as a dual boot machine configure it to run using a virtual machine. Today’s virtual machine’s combined with the Mac’s hardware can really run anything you throw at them. You don’t need to run your Mac as a dual boot machine and especially if it is being used for productivity.

Dual boot has the down side of your constantly needing to boot in and out of the machine you want to be in. Using a Virtual Machine this is not the case. A Virtual Machine runs inside of the Mac as a peer and you can run Windows apps alongside Mac apps so that eventually the difference becomes transparent. You can, in addition transfer data between the two environments as if they are the same environment. If you prefer, you can always run your Windows Virtual Machine in a Windows container so that it appears like Windows on your screen. Run in full screen mode, you’ll think you’re sitting on a Windows machine until you magically flip desktops and your running in the Mac. 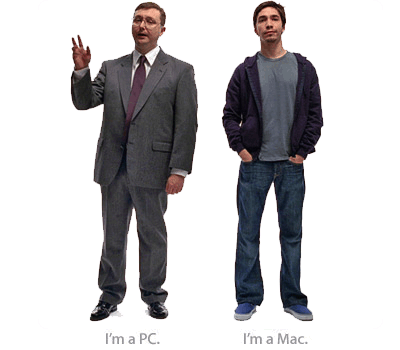 Again, for the sake of this discussion, the overall intent is to take the Mac to the level of peer in a Windows workplace. When I refer to Mac I mean all things Mac and IOS. However, there are many instances where the sole Mac user, outside of the workplace would want to run Windows. Though not nearly as necessary and in most cases not necessary at all to do anymore as there is just so much available software for the Mac, there is still the odd application that might be more dynamic in the Windows environment. Quicken is a good case in point. Although for many people, Quicken Essentials for the Mac or competing products would be more than adequate, Quicken for Windows is still seen as the powerhouse of Financial Management. If you really need this kind of advanced capability you would run to run Windows on your Mac with Quicken Windows. However, once again, even this requirement has become almost non-existent from only five years ago.

Let’s assume for arguments sake that anyone, regardless of need, might want to run Windows on a Mac however, the user who wants to run a Mac in a Windows productivity environment does not always necessarily need to run Windows but in many cases they might. This might sound a little obtuse or vague and it is as the nuisances that drive this are based on variables relative to needs that cannot always be foreseen. So for arguments sake, let’s just get Windows on the Mac.

To run Windows on a Mac of course you’ll need a Windows license be it 7 or 8 and you’ll need software to enable the virtual machine. There are three software packages that can do this but two I consider the best and will strictly address these. They are Parallels version 9 and VMWare version 6 the most current packages supporting Windows 8.1 and Mavericks. Frankly, the use of either one of these packages is really a matter of preference and personal taste. They are both so good now either will run Windows with stellar performance.

I used to use both. I decided with the latest round, simply because they are both so good now it was time to make a decision as to which VM software to use. I decided on Parallels. VMWare is the big name in the running of Virtual Machines at all levels but Parallels has been in the game since day one. I can’t really say there was any overriding factor that made my decision. Choosing either you cannot go wrong. Parallels has a stronger positioning strategy for bringing the Mac into the Windows world as an equal partner. I might have chosen it as I’ve use it the longest and am slightly more comfortable with it. Frankly though, these are very weak in any decision process that happened here. I will leave it to you to choose your VM software based on the factors you decide you like about one over the other. You cannot go wrong choosing either.

Once you’ve chosen your VM software though, stick with it. Today’s VM software is so advanced there is no need to count a 20% performance gain here and a 10% performance loss there in the decision any longer. You simply will not see it any longer. Frankly, I was always hard pressed to see it in the early days. However, in the very early days, VMWare did come on strong to challenge Parallels with some unique technology to break into the market. It did not take Parallels long to right that boat. I suppose one could say that with performance and capability roughly equal, the differences might work down to positioning approaches. Regardless, this is moot for our purposes. 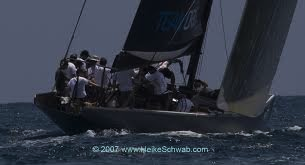 Now with software in hand it’s time to power up your Windows on your Mac. For the purposes of this discussion, I’m just simply going to use Parallels as the example. If your running a diskless Mac do not concern yourself. Either Parallels or VMWare can be purchased online and downloaded and installed that way. From hereon in it’s clear sailing. Either software takes over the installation of Windows. Windows can be bought as a download. At this point I am going to make a recommendation and this is only should you need support and I like support. Buy your Windows from the Microsoft store.

With the Windows download in place run your VM installation. It will want to know how you plan on installing Windows. Simply choose the image option sometimes referred to in the Windows world as an ISO file. Your VM software will do all the work and you just need answer a few questions a long the way.

At the end, you will now be booted into Windows. You can boot into Windows in either a Windowed Windows mode so that it appears like Windows running in a Window or coherence mode in which the applications just simply run along side your Mac. Since I was at one time a Windows guy, I’ve always liked running Windows in a Windows Windowed mode. Just as a side note, I’ve never stopped running Windows for all the years I’ve used a Mac and it’s a long time.

Calling it a Day 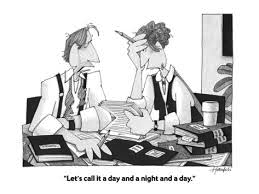 Well there we go. We’re running Windows on the Mac. There’s of course more to do but I think for now we’ve accomplished a lot. You effectively have Windows running on your Mac and if everything went as it should have you should be able to browse the internet from Windows and actually use some of the software that comes with Windows.

Our next step will be to identify software that you might need for Windows. Finally, we’ll want to configure Windows to run possibly Mac services such as iCloud calendars or maybe not. My goal though is to take you down a road that will allow you to run a Windows productivity environment on your Mac. To do this, Office 365 will probably be the road I take you down. I want to enable your Mac for those of you who work in a full Microsoft Exchange environment to be able to use your Mac should you choose. The advantage of course to doing this is to take advantage of Mac software while remaining productive in your work environment. The end result will be enhanced productivity. There will be no encumbrances in what you’re doing. Just benefit. At a minimum I just want you to know you can do this should you so choose.

AppleTV Rumour if Right could be an Industry Game Changer

Which iPhone 11 Should You Get