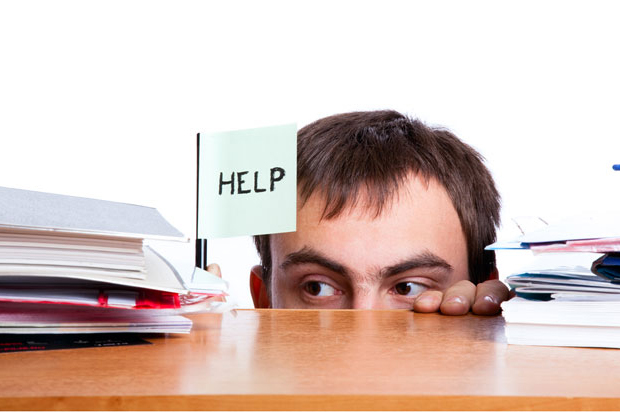 In my last article on Windows on a Mac, I left with our having installed Windows via Parallels to have a full working Windows machine but on a Mac. As I work through this process, you will find that one article does not follow another directly as there are other things I’ll be writing about as I’m doing this series of articles.

To continue though from where we left off we had a full working Windows machine on a Mac. The next thing that we need to discuss is applications as without applications the whole thing is rather pointless. I’m not going to address just general applications for Windows but rather the productivity applications from Microsoft that produce their fully functional productivity environment. The idea of running Windows on a Mac is two fold. It is to allow a business, no matter what size, to run a Mac computer as a full Windows computer losing no functionality. However, the real benefit of this is that not only can a person or business run Windows productivity software but they can take advantage, at the very same time, of Mac applications from the very basic but utilitarian to the most advanced and the Mac does have some very advanced software applications.

In addition to the Office suite of applications there is a networking environment that runs on Microsoft Exchange servers. There are two ways of acquiring the above. You buy them outright and run them yourself or you buy Office 365 which is a subscription based service and Microsoft provides the components and runs the show.

For the purposes of this discussion, I’ll discuss Office 365 but this can be applied to a system in which you’ve fully bought, deployed and manage yourself.

I find of all the Microsoft offerings, the only one that is really interesting is Office 365. That said, the dynamics of the picture have changed somewhat in that in Apple’s Oct 22 presentation they basically broadsided Office 365 by offering free software and operating systems running in a collaborative environment. This is exactly what Office 365 is but it costs money. However, I still feel it is the only viable option for a small business that does not have the money to deploy their own infrastructure let alone manage it. In this case, Microsoft does all that.

Again, for the purposes of this discussion, we are enabling Macs as full peers in an Office 365 environment running both software designed for the Mac natively (Office Mac:2011) and for Windows. 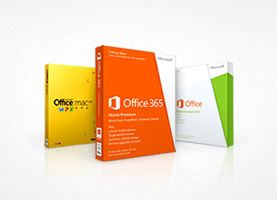 Office 365 provides the whole suite of Office applications on a yearly basis. For Office 365 Small Business that gives you the complete suite of Office Applications including such things as Word, Powerpoint, Excel, Access etc plus a whole lot more. These are mature applications that have been in the business environment for many years and a large percentage of business documents out there are based on Office. This cannot be underestimated.

The question here is whether you’ve deployed your own Office productivity environment or whether you have or are thinking about getting Office 365. I don’t think you can go wrong deploying Office 365. It provides unlimited upgrades and updates to its software automatically. The whole environment is managed by Microsoft leaving you to go about doing your work. 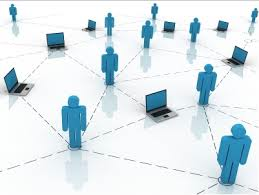 Office 365 though not only provides the applications it provides the complete networking environment that enterprises run. You can be a one or ten man shop and have equal operational capability to that of an enterprise. The beauty of Office 365 is you don’t have to manage a thing; except of course that of rolling out user-id’s. Microsoft though manages the complete infrastructure you’re running on.

With Office 365 small business, you also get a full Exchange system. Exchange is fully supported by Apple so anything Apple be it mail, contacts, calendars or tasks run in a Mac environment. However, since we are running a full Windows system on our Macs we are 100% connected to the Office productivity environment as any PC. A Mac can be deployed into this environment instead of a Windows only PC.

Office 365 also gives you Sharepoint, TeamMate, Lync and a hosted domain. In essence it provides you with the works. I’m sure I haven’t covered off everything here and for the sake of brevity I’m not going into the details of Office 365 except to say that the Mac can participate in this environment totally. I run a complete Office 365 Small Business system on my Mac with no problem.

What You Get in Addition by Using a Mac 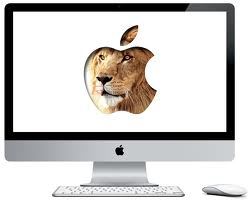 Where a Mac make so much more sense being utilized in this environment than a Windows only PC is that it can run not only all the Windows apps you throw at it but all the Mac apps side by side with those of Windows.

The Mac has come a long way in the last ten years. Today, it is rich with exceptional applications. You can be using your Windows productivity environment but be all the more productive running Mac apps at the same time. You can also run Windows apps outside of the key productivity environment that might be unique or better on Windows such as Quicken for Windows on your Mac. You have the best of both worlds rather than being locked into the Windows only environment.

The Mac is also known to be a cost effective unit of high quality. It is less expensive to maintain with a tremendous maintenance and satisfaction score rating. Think of a Mac deployed in a Windows productivity environment as more than the sum of its parts.

Why a Mac and Not a Windows only PC

One of my prime intents for this series of articles is to demonstrate that you do not have to fear the Mac or feel it cannot be utilized in a dual mode operational environment. If you’re happy with Windows only PC’s, then I wouldn’t necessarily be too concerned. However, I would not want to see you miss an opportunity to utilize Macs thinking it’s not possible. It most certainly is.

On a final note, I started out by saying there is little in the Microsoft environment that is of interest other than Office 365. Fortunately, Office 365 is platform agnostic as long as you can run Windows. I would carefully consider a Microsoft only investment. Microsoft is very messed up at the moment. They lack direction and a solid vision something they used to be good at. Office 365 is the work of billions of dollars being invested in it. I feel it is the only thing at Microsoft that is based on vision. It is a cloud based system so it already ranks high in my books. However, for most of the Microsoft lineup things are confused; dare I say it, a mess.

Microsoft has criticized Tim Cook for taking some shots at them. The reality is they are open for target season. Windows 8 is a mess. I use it and it’s fine for me but there are few people I would suggest using this for. They would immediately ask what have you done with my PC. Where’s my Windows? My answer would be and has been it’s right in front of you and they are not amused. One person said to me if it takes more than ten seconds to figure out how to shut down a machine then it’s worthless. I can assure you if you’ve never used Windows 8 before it will take you a fair amount of time to figure out how to shut the machine down.

Consider the value in running Mac software in your Office 365 environment. Additionally, you would be using a device based on a solid vision. Your risk therefore in going down this road is minimal. In fact, I would say it is the opposite. Do you really want to throw all your eggs in one basket especially one that is weak. Microsoft’s basket is bereft of products that make sense. Confused and distorted, you’re investing in something that could be costly.

I do not believe this to be the case with Office 365. On the other hand, the Office suite of products are complex but yes they are powerful. However, with that power comes a challenge and that is to learn and use them efficiently. The Mac would counterbalance this risk.

At the end of the day, you can easily run a Mac as a full fledged Microsoft productivity system. There are benefits to doing this. My goal here has been to demonstrate that this can be done and outline why you might want to do it. The last piece then in this series of article might be how the connections are made. I’ve outlined how to get Windows on your Mac. I’ve detailed which productivity system seems to make the most sense and is the most interesting in the Microsoft lineup. Now, your question might be so how do I do this. It may or may not be necessary for me to write anymore on the subject as I’ve outlined clearly how doable it is. I may leave it at this or not. 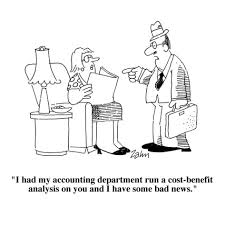