Home Mac The Importance of Cloning your Mac
MacOSXTechnology

The Importance of Cloning your Mac 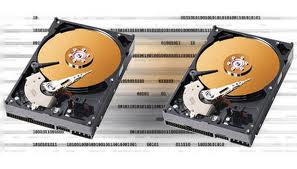 I’ve written more than once about backup and the value of having a solid backup strategy. There is one thing I always emphasize but I thinks it’s worth repeating and having an article specifically on the topic of cloning software.

Cloning software does exactly what the name implies. It makes a perfect duplicate or clone of your disk that is fully bootable. There are many software applications that provide a cloning capability but I’m going to discuss three that are my favourite and two of which are rated the best for cloning. Actually, the third piece of software I’ll discuss does a number of functions other than cloning however it is considered one of the most apt pieces of software. It’s just not normally assessed for it’s cloning abilities alone.

How does a Clone Help

First, before I jump into the various software packages you could use to create a clone of your hard drive, I’ll briefly describe why it’s so important to have a clone of your disk. Firstly, a clone is a full, identical backup of your internal hard drive at the time you run your software. I always run my clone software at 3 am. Secondly, since it is a backup you can just grab a file you’ve lost on your primary drive from the clone backup and easily replace it via drag and drop. Thirdly, should your computer crash due to a catastrophic hard drive failure, you can boot into your clone and be back up and running immediately. There is no waste of time as you recover your drive. Fourthly, should you have a catastrophic hard drive failure a restore to your new drive is as simple as reverse cloning your software. Again, you’re up and running in no time. Finally, if you were to buy a new Mac and your previous Mac is on the same version of software as your new Mac you could simply clone your cloned backup to your new machine and away you go.

All of these capabilities make clone software indispensable towards a more relaxed and confident life. Of all the techniques above though only the final one might I alter to a normal staged data migration of your software from the old machine to the new one. Theoretically, there is no reason you cannot use your clone. However, this is not the recommended approach by Apple so I’d rather steer you down that road.

The hardware you need is a dedicated backup drive either partitioned for just the clone or dedicated to the clone. The clone cannot have any other software on it other than what it is doing; providing a target for the cloning.

I would get a good USB 3 drive for the speed. Since today’s Macs can have a drive that is up to a Terabyte in size the clone drive must be as large as the drive it’s cloning. Since external USB drives are very reasonable, I’d get a drive that is at least 2 terabytes in size. One partition can be used, as an example, for your Time Machine backup and the other for your clone backup.

The drives that I recommend are the Lacie brand. Either the Porsche designed drive or the high end drive is more than adequate. The Porsche drives are more reasonable in price so I would suggest these. These drives have traditionally been built for Macs and I can say from personal experience have never created an issue.

Lot’s of software supports cloning. A lot of software backup programs will provide a cloning capability. For some, this software might be adequate. However, adequate is the key word here. Often it doesn’t support the more advanced functions of running on a schedule. It’s not the primary function of this software.

So let’s look at what I consider the best cloning software on the market. There are three packages that I consider outstanding at cloning and I’ll list them in no particular order.

This package is excellent. It is reasonably priced at about $28, has won awards and the developer supports it very well. I can tell you from personal experience, as I’ve used this software for a long time, it is very intuitive and thus very straightforward in its use. It supports all the functions you’d want. It will create its clone backup on a schedule or multiple schedules. You can also have a clone backup run just by mounting the drive. This is particularly handy with a portable.

This software is also outstanding in it’s class. It is more money than SuperDuper but it supports some additional functions. There are a lot of people who swear by CCC. All functions supported by SuperDuper are also supported by CCC. CCC does have one very beneficial feature in that it will wake up your computer to run its backup and when finished it will put your computer back to sleep. However, you can get a utility called Big Event Reminder and it will wake up your computer at multiple times throughout a day.

At $45 I find this software a bit pricey compared to the others. Yes, it’s good but I’ve never had an issue with SuperDuper even when I once had a catastrophic failure of my hard drive.

Chronosync is fast becoming one of my favourite pieces of backup software. That’s because it is far more than backup and cloning software. It also keeps your computers in sync. In terms of it’s ability to clone it is excellent. Schedules can control not only a clone backup but a regular backup and sync’s. I’ve used Chronosync for years primarily to sync my computers but of late I’ve started to use its bootable backup option. It is complete, flexible and provides all of the functionality of the above two pieces of software. I thus like it for its very rounded set of capabilities.

Chronosync is $40. However, if you do plan on sync’g other computers you’ll need Chronosync agent which is $10. Overall, I’d say this software is the best value. However, if you want just purely clone software with incremental or smart backup yet without versioned backup capability then SuperDuper would be the most reasonable option.

Regardless of all factors, Clone software is essential and cloning your hard drive regularly is just as important. You can’t go wrong with any of the packages I mentioned. If I have to make a recommendation I’d recommend Chronosync. It will do excellent clone backups, versioned backups and allow you to sync your computers.

Backup, backup, backup is the refrain. However, it is essential that as part of your backup strategy your do a clone backup. You definitely will not regret this decision. 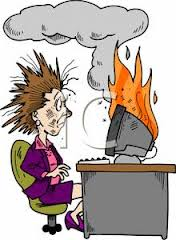 A word on Partitioning or iPartition