ChronoSync is more than the Sum of its Parts 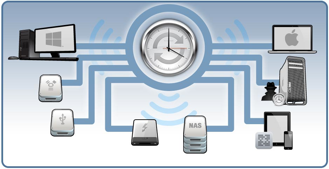 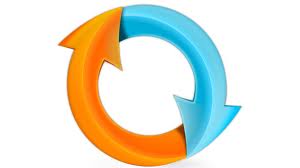 ChronoSync will easily sync over a WIFI network so that two or more Mac‘s folders are in sync. Should you want one of your machines identical to another or just a certain folder this is easily done. ChronoSync supports scheduled sync’g so a folder or group of folders can be sync’d as frequently as you like.

In many ways, ChronoSync can supplement or replace cloud sync. Often, cloud sync is done to ensure that not only are documents safely backed up in the cloud and to share but to sync multiple machines. SugarSync is a good example of this. SugarSync is a cloud based application designed to keep your systems in sync via the cloud. However, this is not always necessary. ChronoSync maybe exactly what you need to accomplish this. 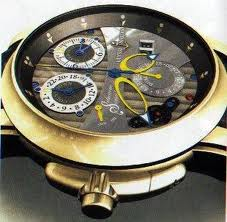 Finally, you can schedule your system to do this for you as you see fit. Sync’s can be done as frequently or infrequently as you’d like. ChronoSync works wonderfully for this purpose. It is an amazing program and could save you a fair bit of money if you don’t need cloud sync or even if you need cloud sync possibly you won’t need as much storage space if you have ChronoSync.

As a Backup System

I like versioned backup systems. That is, systems that keep previous versions of your files that have changed. The way ChronoSync does this is it will keep copies of your previous files for the number of days back that you would like. This is a little cumbersome in terms of if you had to do a restore as you’d have to dig around for the right file. To restore an entire folder from the past or previous version might be challenging. Restoring the most recent folder though is a piece of cake. 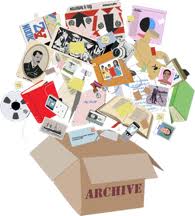 I like ChronoSync as a backup system in that it is very fast and you can have it run multiple times per day. However, I feel it’s greater strength lies in the former activity and the next activity. Just be aware that it does do backups and if you are looking to simplify and rationalize ChronoSync might be a great solution. 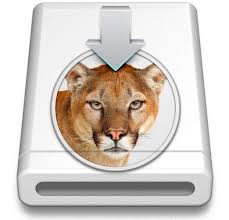 An absolute must have in any backup strategy is a bootable backup. This one I cannot emphasize enough. If something were to go wrong it would get you back up and running in no time. On top of that, you could clone your backup back to a new internal hard disk and be on your way.

So to understand a bootable backup, it is simply a replica backup of your internal hard drive that is bootable. If you go down, you can always boot from your bootable backup to keep you running until your new hard drive is available. At that point, re-clone your hard drive. 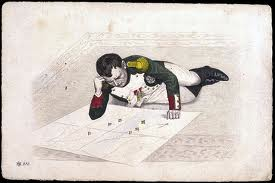 As a backup strategy with ChronoSync I would backup your user or home folder at least daily and preferably three or more times daily. Keep at least 7 days back of versions of your files. Clone your bootable backup once daily and I would not bother having any versions of the backup at all. It will just take disk space, and you will end up replicating what you’re doing above.

ChronoSync is a tremendous value for what it does. It is a mature product and is extremely reliable. With the ability to sync your computers and also put into place a sound backup plan you’re very well protected should disaster hit.

ChronoSync really is more than the sum of it’s parts. Taken individually, there is nothing special about any of these components except how well ChronoSync does each one. However, when viewed as a whole you have an incredibly powerful system that is flexible and user friendly. This is not a hard system to figure out how to use.

In today’s digital world, you can’t be any too careful. ChronoSync has the means to save you money on cloud based storage while at the same time providing you with a very sound backup system. Now for a little icing on the cake. The ChronoSync family includes InterConneX a File Management, File Sharing, File Control system for the iPad & iPhone. This system not only covers off your Mac in everyway that I would want a system to cover you off, but your iPad and iPhone now can be part of the scenario. For brevitie‘s sake, I won’t go into the details on this function other than to let you know this capability exists. This truly is one of the most powerful, affordable and flexible systems on the market all from a well respected vendor that I can assure you will provide you excellent product support. Make sure that you have a sound backup strategy but know that you can do it all from ChronoSync alone.