I recently wrote an article on Leap, a software application designed to help you organize and manage your file system better. One of the major aspects of this product is the use of tags to do this.

I was about to write another article on a product called Houdaspot which uses Spotlight and tagging to organize and search your file system and I thought it would be better to write a little on tagging and the benefits of the approach. Apple has made it a permanent hallmark of the operating system starting with Mavericks. The good thing about Apple’s approach is it’s fully compatible with these systems that use the open meta system for tagging.

To date, one of the hallmarks of all operating systems except IOS is a system based on folders to store items and folder structures. Generally, we store in folders information of like kind. To get the greatest benefit out of folders we’ve used a folder structure that’s based on a nested approach. That is, folders might have many layers of subfolders beneath them. The idea though of a good folder structure is the child folders should have something in common with the parent folders.

It’s not uncommon for a system to become a labyrinth of hierarchical folders. Many folders can exist at a number of levels. To maintain some sanity though people would cut off just how deep and how many folders they have. However, some go to great lengths and have this massive folder structure. In this case, without a good search engine it can get quite difficult to find things as you forget what folder you placed such and such a folder in.

The Challenge of Finding Things

Finding things is the first major problem of an overly extensive folder system. Secondly, the items that you tend to store in folders are of like kind. However, you might have in folder A information that relates to a file stored in folder B. If your folder structure is not too great, you might remember these two files and that their information is related. However, as a folder structure becomes expansive to remember these relationships becomes unlikely. To add to the problem, there is not a really good solution to this if you rely solely on your folder structures system.

As an example, if a file is in Folder A and another file is in subfolder C of the folder hierarchy Y, remembering this is challenging. Pulling these two files together so you can see a relationship is also next to impossible in a folder structure system.

However, we are used to this system. With computers it’s been with us forever. In the physical world the same holds true with physical folders. To make a relationship with physical folders or to indicate that something exists that relates to something else we may tag the folders with say something red. This tells us in these two folders there are items that have common information.

Tagging as a Solution to the Problem

The concept of tagging has been around for a long time in some fashion or another. However, for the problem I’m outlining here with both finding our files and relating information across an hierarchical folder structure we only recently seem to be tackling the problem. Using tagging to solve the problem I have outlined started becoming more common in recent years. Brett Terpstra has been working on a methodology for tagging for a while now. See his work “Some suggestions for better tagging” in which he outlines a good approach to take regarding tagging and some of the benefits to be obtained by the use of tagging.

Tagging provides two solid solutions to the problem of a burgeoning folder structure. Firstly, tagging makes things easier to find as long as it’s done in a consistent fashion. It is more likely you will remember a tag name. A search for the tag name will bring up all the items with that tag.

The second benefit of tagging and this one is significant is that tagging flattens the folder structure. Now items stored in separate folders can be viewed side by side due to having the same tag. This creation of a relationship can lead to new solutions, ideas or the recognition something belongs with something that wasn’t the case in the folder structure.

Apple is Employing Tagging in the File System

Apple themselves would like to flatten out the folder system. They have implemented tagging fortunately in a way that is consistent with third party products, such as Leap, that came before them thus ensuring that all these methods work together. Once again see Brett Terpstra on “Mavericks and Tagging“. Everything is now being based on the open meta system for tagging. Thus, Apple is ensuring that their method for tagging isn’t wiping out the third party systems based on this which would incur the loss of a lot of work.

Nearing a Simpler Solution to Organizing and Managing our System 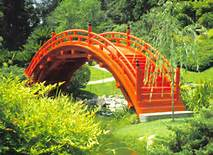 I say we’re nearing a better solution as there still is work to be done. The one thing we need to get a handle on is the best way to tag. Some people get carried away and use so many tags they have no idea what they’ve called anything anymore. Others are not consistent in the manner in which they tag thus using a tag for this then another tag for something similar. This kind of tagging only muddies the water.

So best practices are being formulated for tagging. I have little doubt that if a sound tagging scenario is used the outcome will be beneficial. Further I’m certain best practices will be defined and implemented for tagging. Once this is in place, we’ll find we’re working with our systems at a basic level much more effectively.

Younity A Cloudless Technique to Get and Share Files