Home IOS The iPad is not a Failure; just a different Dynamic
IOSMacSoftwareTechnology 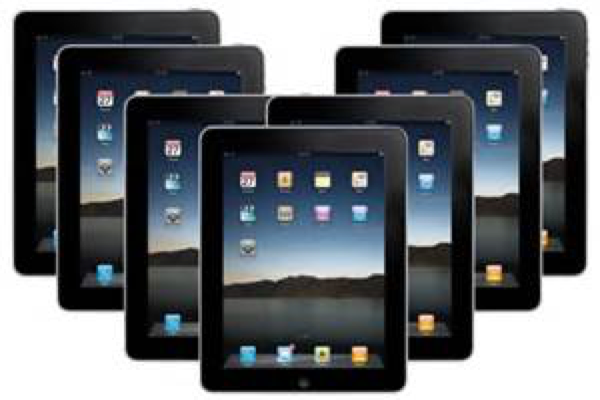 I have been reading a lot about how the iPad hasn’t lived up to the hype and met sales growth targets. The problem with the view is it is based on assumptions better suited to the iPhone. The iPad is actually quite successful but people have little reason to switch it around if it is doing the job.

The iPad might be the inheritor of its own success. There are still people using iPad 2’s. Why? Because it still works perfectly for them. Why get an iPad Air if the 2 is working the way you want. For Apple’s churn machine this though just isn’t good enough.

Apple, under Steve Jobs, was not a churn machine and never came close to it. Under Tim Cook though he has mastered the art of churn. Is it any wonder their stock is going down.

Apple would do itself a big favor by looking at Tim Cook and his ridiculous salary than blame the iPad. Apple has so many iPad’s in its arsenal it’s no wonder people might get a touch confused.

Today, there are a number of iPad’s to choose from all with their merits for doing the job they were intended for. We have:

Of these devices, the Air 2 and small iPad Pro cross tracks. This is fine but only buy what you need to buy. It’s also likely that your iPad will serve you longer than you imagined.

I have an Air 2. I have no intentions of switching this out with a Pro. I have a Belkin keyboard that I use with it as it serves me well. It doesn’t help to think the unit should be changed for the sake of change. Everything is working beautifully together. If for some reason that changed, then I’d change the unit. However, I’m not going to change out a perfectly good device for a fancier name.

Often a computer is the one device you can get certain work done on. You need that processor, the app or the screen real estate. The iPad works in wonderful harmony with your computer and as such there is no need to tote around with you more than you need.

The key to all of this, is having and using what you need. The iPad is a device I would not want to do without. It is part of my systems makeup. It not only gets work done for me, but it frees me for other things such as some down time. In conjunction with a computer, I feel very productive.

The iPad is a Success

The iPad is a measurable success but it needs the proper treatment or measurement to show itself off as a success. Success of a device isn’t in having one every time one comes out. It’s in how it is being used. What is the device doing for you and is it providing valuable capability that translates to productivity. This is the measure of success.

I would not give up my iPad as it is such a useful and enjoyable device to work on. If anything needs to be done at Apple it is questioning the value of the man in charge. Apple needs a tech guru at the top who can lead and produce new marvels. The days of being able to rest on the laurels of Steve Jobs is coming to a close. This is apparent.

Let’s accept the iPad for the success it is. Choose that which is right for you. No more and no less. The debate of success will fall out as success as it should.

Things vs. Todoist, Or Why I Abandoned an Old Favorite GTD App of Mine

Todoist vs. OmniFocus: A Comparison by a Former Things User

Android in a Apple Environment

Retrospect Backup Software v17 has been Released for...